I hiked my first 14er yesterday, under a nearly cloudless mid-day Colorado blue sky.  I saw little children and “older” 60-somethings hiking it as well.  I was dressed appropriately for radical changes in terrain and weather.  Many were not, surprisingly.  Now seriously, Mt. Bierstadt isn’t what you’d call a hard climb.  My hiking guide is also one of my longest and best friends, and my lead guitar player in Goatz!, Chris Jackowski.  He’s hiked and/or climbed many 14ers, and assured me this was the next more challenging after Mt. Sherman, which is thought to be the easiest.  But for my first such effort, this was strenuous enough. 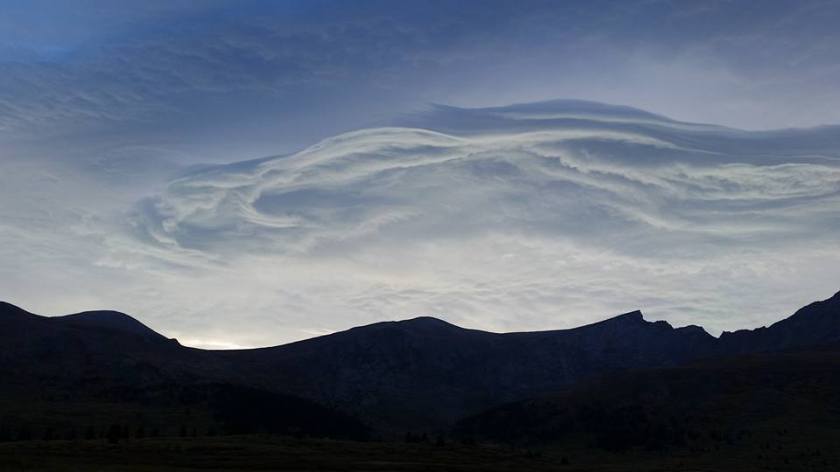 I learned that like skiing, which I tried a couple of times as a younger man, I’m not much of one for such activities.  I’m more the casual hike, bike ride, fishing kinda guy … that and music events in the summer are the limits of my desire. And now that the summer is almost over, it’s time for some early fall fishing and a couple of nice long drives to see the fall colors – which were breaking out nicely at higher elevations yesterday.

There was not a lot of new music to share this week.  But I did feature some covers — notably, Congo Square (Sonny Landreth) from Chris Daniels & The Kings, Comes A Time (Neil Young) from Coral Creek featuring Bill McKay,  Take the Long Way Home (Supertramp) from Drew Emmitt (Leftover Salmon), Tell Her No (Zombies) from Tennis, Messin’ with the Kid (Junior Wells) from Bill Frisell, and Happy Together (the Turtles) from the Jeff Jenkins Organization.

So, why am I highlighting covers?  Well, to be honest, it was because I’m getting increasingly frustrated.  It’s generally accepted that original acts do covers. However, by and large, cover bands get a bad rap; unnecessarily so, IMHO.

It’s quite okay to be a “tribute” band, but to be a cover band is an anathema to many.  Songwriting (and/or arranging), like playing an instrument or singing, is a skill that not every singer or instrumentalist develops.  Equally, like there’s a marketplace for original acts, there is also a marketplace for cover acts.   I hope we don’t ever forget that regardless of whether someone is a songwriter or not, music matters.

There is room in our venues for all types of music expression.  It ALL does not have to be done by those who write the music.

That said, I’ll have new music next week from OneRepublic, the Fray, Post Paradise, Tennis and others .. make sure to tune in.

A couple of weeks ago we launched a new segment called the Trusted Ear Scene Report … if you missed it in the show, you can catch it here every week … hosted by Dave Herrera at thetrustedear.com

I got the entire new self titled album from Paper Bird last week.  Immediately I posted that it was in consideration for Best Album of 2016.  I’ll leave it for you to decide.   No longer a straight-up folk-rock band, Paper Bird dives straight into the sound enunciated best by the likes of Fleetwood Mac on the classic rock side of the dial, with enough modern overtures to satisfy the most ardent lover of modern adult rock, all while paying incredible homage to the past.

I also listed several other considerations, including:

I’ll leave it to you .. but here is the YouTube Pick of the Week – the entire new album from Paper Bird.

A HUGE THANK YOU to Oskar Blues Fooderies!  They are the new sponsor of “IN COLORADO MUSIC HISTORY,” the segment that runs at the top of each hour of the show.  Oskar Blues Fooderies includes the Original Brew and Pub in Lyons, and Homemade Liquids and Solids,CHUBurger, and Cyclehops Bike Cantina in Longmont,Hotbox Roasterscoffee, and coming soon to Denver (under construction in RiNo and LoDo).

Bumper Stickers are available.  Message me if you want one.  Available for donation + $1.00 postage.

T-Shirts are Available – Message me if you want one.  $15 includes shipping.  Please specify size.  I only accept PayPal and personal checks at this time.