Monday morning: post workout.  I had an exhilarating weekend.  I cannot recount how many local cd release shows I’ve attended or been a part of in my career.  Megan Burtt’s show Saturday night at the Oriental ranks at the top of my list, if for nothing less than the overall national level professional quality of the stage presentation, and musicianship on display.  Sunday’s benefit event for Colorado blues legend JD Kelly pushed the weekend’s emotion quotient over the top.

It should be no secret to anyone who has followed me the past several years that I am a Megan Burtt fan, and have championed her music since her debut coming out of Berklee.   Her latest though, the Bargain, is altogether at another level in her already stellar local career.  The album, the show, the new retail merchandise (a guitar strap line?? f’ng brilliant) – the signing with Sweetwine Entertainment Group – she’s certainly ready for it.  #winnerbestcdreleaseshow 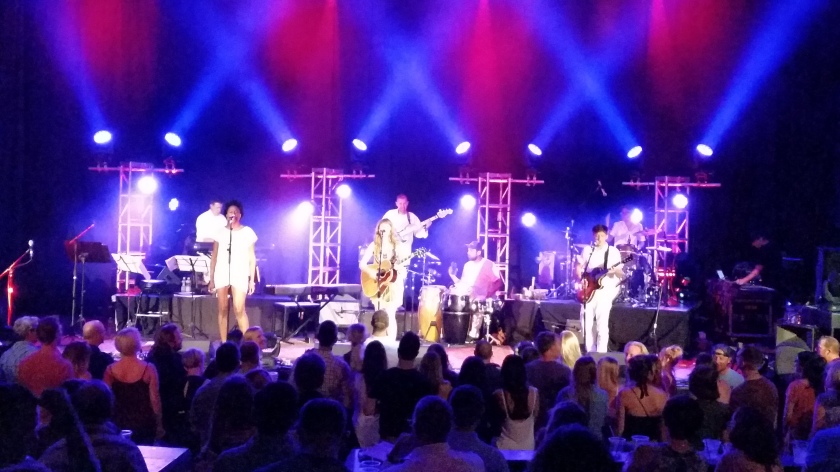 We talk a lot about “scene” and “music community.”  Nowhere was that more on display than at the JD Kelly benefit, at the Rusty Bucket in Lakewood yesterday.  According to FB posts late last night and this morning over $7000 was raised to help JD with expenses related to being treated for stage 4 colon cancer.  Bandmate Jimmy Ayers has been dealing with stage 4 pancreatic cancer.  The Rusty Bucket hosted a benefit on July 19th for Jimmy, that I’ve heard was just as well attended – and contributed to.

BIG UPS to the Colorado Blues Society – yesterday they announced that the Members Choice Award for best horn player is now and will forever be named “The JD Kelly Award”. JD was given a framed award commemorating the CBS award being in his name. That was an awesome moment. He was really loved and touched by that gesture.

BIG UPS to Billy Hoke for winning $600 on the 50/50 Raffle and instantly donating it all back to JD. That was a very selfless gesture on your part.

BIG UPS to all the help we had and all the performers who came to play out of love for JD and only for the music and community. There are far too many to name individually but it’s safe to say that yesterday was rich in local talent and regular blues supporters.

BIG BIG BIG UPS to the Colorado blues community for raising over $7000 for JD yesterday You all were all very generous with your own money to give to JD. The community was raging with love and friendship last night as the Rusty Bucket bounced and bumped all day with feel-good music and vibrant people.” 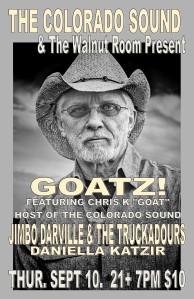 I've been on the air in Northern Colorado since 1978. The Colorado Playlist is broadcast on 30 FM frequencies in the state. I am also a musician, talent buyer and business consultant. Email me at coloradoplaylist@gmail.com View all posts by goat