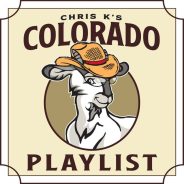 MONDAY Oct. 07 2019 – Have you ever wondered how many actual records are produced and released a year now, just in Colorado? Just in my collection there have been nearly 300 individual single, ep and lp releases since Nov 1 2018.

It’s been another crazy week for new releases too … new music from the Shamen featuring John Magnie and Steve Amadee from the Subdudes + Nick Forster (E-Town) + Jock Bartley (Firefall). It’ll be on the next episode of the show. Also new in the next episode will be new cuts from Tierro (Kan’nal) + Bridget Law (Elephant Revival), and a cut from the upcoming new album by Post Paradise.

Don’t forget to check out the Colorado Playlist Spotify featuring cuts from the 60s to Today … and the CP2019 on Spotify, where I curate the new cuts I feature each week on the show from throughout the year. There are currently over 200 tracks in that playlist alone; so if you want to review what was new this past year, go there.

And just in case you haven’t done it in a while – make sure to vote whether I should KEEP or DELETE new music this week from the playlist … votes go to what is considered some of the best of 2019.

Big Head Todd & the Monsters are one of Colorado’s longest running bands – now going back to the mid 80s when the original trio of friends got started as high school students, and then at CU Boulder. This new video is a min-documentary of the band’s success.

I've been on the air in Northern Colorado since 1978. The Colorado Playlist is broadcast on 30 FM frequencies in the state. I am also a musician, talent buyer/consultant and business consultant/mentor. Email me at coloradoplaylist@gmail.com View all posts by goat