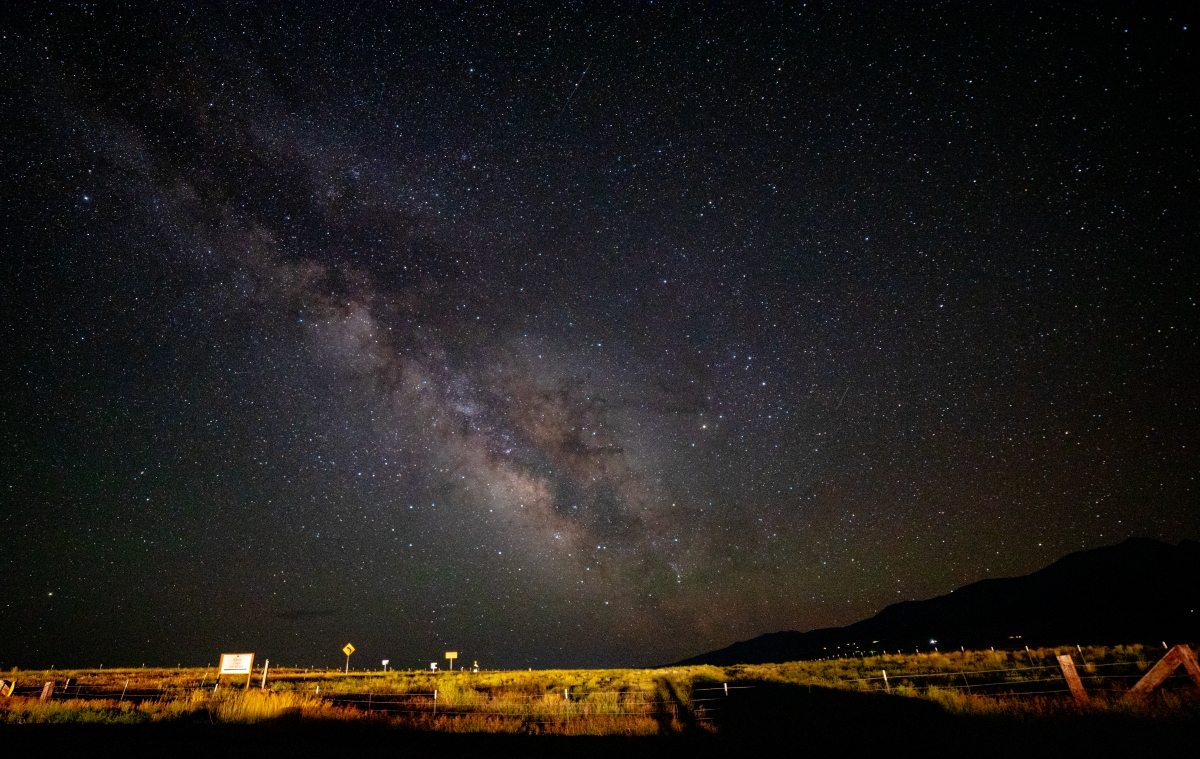 Monday NOV 15, 2021 – There are a lot of places to see live music along the northern Front Range from Denver to Fort Collins. Recently we attended a show at the Brighton Armory, owned and operated by the City of Brighton.

The Armory hosts a variety of music and other programs. The venue is a beautiful 300 capacity room with exquisite sound and lighting elements with regional original art on the walls. Most shows are set up for seating in nicely padded seats while leaving room at the back of the house for those who like to dance.

We recently attended the The Petty Nicks Experience at the Brighton Armory. The Petty Nicks Experience is one of Colorado’s leading tribute bands. Adrienne Osborn plays the role of Stevie Nicks, and out-Stevies the now 73 year old Stevie Nicks. Julian Fulco Perron portrays the late Tom Petty in the show and brings both a reasonable look and vocal style to Petty classics. Here’s a video I took at the show.

STATION OF THE WEEK

Community radio exists because of the support from listeners like you! Please help keep public radio on the air by becoming a sustaining member. See your local community radio station website for more information.

“Locally Grown” 20/20 EyeVision offers a full range of services and they accept Medicaid at the Orchard Center in Westminster.

Another week and another weekend of live music in Northern Colorado.  The main event this weekend was a benefit for Women In Blues held at the Armory Event Center in Brighton.

Unfortunately, I was not able to stay to see the non-Colorado talent headlining the bill, due to a scheduled show with my own band.

The biggest surprise of the day was a revamped Kerry Pastine & the Crime Scene.  Gone are Lance “Romance” Bakermeyer (bass) and Mad Dog Minnick (drums/vocals), who have gone back to the Hillbilly Hellcats with Chuch Hughes.

Lance and Mad Dog provided equal parts of the look, vibe and style to the original Crime Scene lineup – giving the band a unified and uniformed look and sound on stage – matching Kerry AND Pauly Six in performance intensity and style.  Wearing beards, caps, dark glasses and black shirts, the matching colorful fashion statement gone, a potentially darker and deadlier groove may be what we’ll get moving forward from the new rhythm section.

KPCS has a new album dropping very soon – I premiered a new track from the album (a Nancy Sinatra/Lee Hazelwood cover featuring Jim Dalton of the Railbenders) in the show this week .. it’s below in the MMMM. 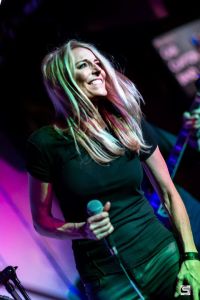 Fresh off her album release show at the Walnut Room in Denver, Cass Clayton opened the show.  She and her airtight band showed considered homage to her obvious influences, that include Susan Tedeschi and Bonnie Raitt.

The Crime Scene and Cass Clayton Band were not the only ones appearing with new releases in hand.  Colorado Blues Society 2018 Band Champion, Mojomama, recently released their latest called Red, White and Blues.  Happily for me they included my favorite track on the album, Lazy River.  Eef & the Blues Express rounded out the show, showcasing her formidable guitar chops, alongside the Colorado Blues Society 2018 solo/duo Champion Scott Hackler on keys. 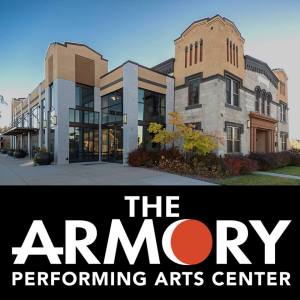 The Brighton Armory is an exquisite small venue in our region capable of seating 300, or providing standing room only for 500.  They’ve been adding more and more shows there, produced either by the city of Brighton under the management of Gary Montoya or by independent promoters.

The sound system is more than adequate for the room, and stands out as among the best in the region – equaling those at venues such as the Armory in Fort Collins or the Boulder Theater or the Mishawaka Amphitheatre.  One criticism from me is that the room clearly needs additional baffling and sound absorption panels to knock down the boominess of a near empty room.

In a city that lacks even ONE non-public venue dedicated to live music, the Armory is a wonderful place to catch upcoming shows from the likes of popular regional acts like FACE Vocal Band, or national country acts like John Anderson (coming Oct 28) … and is EASILY accessible to Denver, Thornton, and other north metro communities.

Every once in a while a new artist appears, seemingly out of nowhere.  I cannot even begin to say where or how I heard of Jackson Emmer from Carbondale.  He’s been getting mad praise from the likes of No Depression, POPMATTERS and Rolling Stone, which wrote “Americana songwriters are a dime a dozen these days, but few are writing songs like Jackson Emmer.”

NOTE:  In order to be included in the MMMM poll, the band/artist must have an embeddable file on Soundcloud, BandCamp, Reverbnation or YouTube.