Colorado is known for world class jazz, strange as that might sound. Colorado is also known historically for world class vocal jazz. Denver native Dianne Reeves has earned five Grammy Awards and an honorary Doctorate from Julliard for her work in that genre.

Boulder based Rare Silk earned two Grammy nominations for their vocalese / vocal jazz in the early ’80s, and Lannie Garrett blessed area stages into the 21st century with her torch and big band jazz stylizations.

MaryLynn Gillaspie started out with Rare Silk, a vocal quartet that she, her sister Gaile and Marguerite Juneman formed in the late seventies as a trio to sing songs influenced by and in the style of swing-era acts like the Andrews Sisters. Their debut, New Weave, was nominated for a Grammy Award in the Best Jazz Vocal–Duo or Group category. Rare Silk ended their run in 1988.

MaryLynn Gillaspie wouldn’t be heard from again until 2012, when she began showing up with local Boulder/Denver musicians, sitting in for a song or two. That gave her the confidence to step into the studio, twenty-five years after Rare Silk ended.

Here’s a collection of songs MaryLynn has recorded since re-emerging in the scene a decade ago.

To be honest, with the exception of the standards, Dolphin Dance and Fly Me to the Moon, I knew almost nothing about the rest of the songs on the album. They could have all been self-penned for all I knew before opening it up and reading about it.

Fortunately, I listened without any real bias that way – it was a clean listen. And then I looked to see who wrote what.

It’s a shame really that I can’t find any liner notes. It would be nice to see who played what on each track. Based on the bits and pieces I have been able to collect, the notes read like a who’s who of Denver/Boulder talent, produced by Grammy winning Boulder composer and producer Kip Keupper at Coupe Studios.

Dophin Dance is a genuine joy. MaryLynn took the Herbie Hancock tune and wrote an original set of lyrics and a vocal melody for it. She also penned an original set of lyrics to Pat Metheny‘s (It’s Just) Talk. Not limited to being inspired by and influenced by jazz (old or new), MaryLynn turned to King Crimson‘s 1981 album Discipline for an utterly original retelling of Matte Kudasai.

As it stands now, on May 15 2022, MaryLynn’s return to full length “vinyl” (euphemistically speaking) is the stand out jazz album of the year from Colorado. It’s great to hear that voice again after more than THIRTY-FIVE years.

Monday Nov 5, 2018 – It’s pretty rare that jazz gets featured in the MMMM (Monday Morning Music Meeting) – but this week there are two cuts – one from Jason Klobnak and one from Keith Oxman, who shockingly in this era has no social media or web presence but whose new album is on Spotify.

There were a few cuts not available for this week’s Spotify playlist – so this one runs 1 hour 19 mins.  Enjoy

COMING SOON!  New Brent Loveday & the Dirty Dollars will show up in EP44 of the show.  If you don’t know who Brent Loveday is – look up Reno Divorce.  The new album took several years for Brent to put together, and is one that dives into his alt-country-rock  voice.

The Railbenders at The Bluebird Theater (Denver), Friday, Dec 21

at you’ll find below are new songs on the show this week … listen  and let me know which ones you think I should keep in the Colorado Playlist, and which I should delete.

NOTE:  In order to be included in the MMMM poll, the band/artist must have an embeddable file on Soundcloud, BandCamp, Reverbnation, Spotify or YouTube.

Zephyr “High Flying Bird” from Sunset Ride (1972)
(D) WhiteWater Ramble “Hollow (feat. Chris Pandolfi)” from Hollow (2018)
Brent Cowles “Lift Me Up (Leave Me Here)” from Cold Times (2017)
Jeff Finlin “Jesus Was a Motorcycle Man” from Ballad Of A Plain Man (2008)
Ariana Saraha “Maiden of Midnight” from Maiden of Midnight (2015)
Nathaniel Rateliff & the Night Sweats “A Little Honey” from Tearing At The Seams (2018)
Blue Canyon Boys “Heartaches Welcome” from Next Go ‘Round (2012)
Everything Absent or Distorted (a love story) “Beehive” from The Great Collapse (2009)
Silver And Smoke “Sting Like A Bee” from 30P (2018)
(D) Dayton Stone & the Undertones “Hypnotist” from Dayton Stone & the Undertones (2018)

Tia Fuller, Katie Herzig, Sera Cahoone, Corey Harris, Jill Sobule, Phillip Bailey, and India.Arie, among others, all have one thing in common… they are all original Colorado natives who moved to other places… Sera to Seattle.  Tia to NYC.  Katie to Nashville.  India.Arie to Atlanta, Philip and Jill to Los Angeles… Corey first to Maine and then to Virginia.  They’re not the only ones — artists move to or move from here all the time.  Dan Fogelberg, Joe Cocker, John Denver, Glenn Frey, John Oates, Richie Furay, Stephen Stills, the Nitty Gritty Dirt Band, Tommy Bolin, and countless others have lived here… some for a couple of years, others longer; some are still here.

No one has told the story better than legendary former local rock critic, radio dj, local music historian and author, and current Colorado Music Hall of fame director G. Brown, whose book “Colorado Rocks!: A Half-Century of Music in Colorado” is a must have for anyone even casually interested in what’s gone on here musically much of the past 60 years now.  Expect to pay a few times what it originally sold for however.  The book has been out of print for at least a few years now and very good to excellent condition editions can run you $50-75 +/- …I’ve seen wrapped editions listed for upwards of $125.

Occasionally, an album from one of these artists shows up on our monthly charts.  Most recently it’s been Tia Fuller’s wonderful new album “Angelic Warrior,” which features resident and native jazz great Dianne Reeves on one vocal track, “Body and Soul.”  Katie Herzig’s latest has shown up here and there as well the past year, as has the O’Brien Party of Seven release that features former Colorado resident Tim O’Brien with sister and current Colorado residents Mollie O’Brien and Rich Moore and their kids.

Columbine High School (Littleton) graduate Sera Cahoone is an accomplished singer-songwriter on the Sub Pop label out of Seattle, where she moved when she was 21.   Her latest, “Deer Creek Canyon” has been picking up some spins at KUNC and KRCC and I have no doubt will continue to pick up spins throughout the state in the coming couple of months.

The question is always, do we include those who grew up here as kids, went to our local schools, and maybe our colleges and universities, and then moved on to other places?  KUNC’s music director, Benji McPhail, made it a point – when he emailed me that they had put Sera’s new album in rotation as a Colorado artist release.   Sera’s new album, “Deer Creek Canyon” is all about the place she grew up, and where her mom still lives.  Sera may have moved to Seattle years ago, as a young woman seeking her own life and stories, but has remained a much loved native Coloradoan with a great musical story of her own to tell – largely influenced by her life and experiences here.

Still, some folks contend that unless an artist is actually living here and contributing to the live music scene they cannot justifiably be considered a “local” artist.  IF that’s the case there are a lot of acts we would have to consider as long gone and no longer local… including the likes of the Apples in Stereo (Kentucky) or Slim Cessna (Rhode Island) or Todd Park Mohr (Chicago) … hmmmm … yeah, no.  😉

Speaking of Coloradoans who were not born here, but were raised here, went to school here, and are as much as part of who we are as anyone – legendary jazz guitarist, Denver East High School grad, and University of Northern Colorado alum Bill Frisell (born in Baltimore) has teamed up with local jazz trumpeter and Denver University alum Ron Miles (born in Indianapolis) for an exquisite album called “Quiver.”  As adventurous as it is, I expect it will do well with jazz djs around the state in November and December – watch for it.

OpenAir 1340 on air personality and web director Brandee Castle has left her post at Colorado Public Radio.  CPR will be listing her open position on their employment page within the next couple weeks.  However, she will still be involved with OpenAir in some capacity in the future so it’s not a true goodbye.

OpenAir’s First Birthday Bash will take place at the Hi-Dive in Denver on November 9th at 9pm.  Meet the OpenAir hosts and catch live performances from A. Tom Collins, Flashbulb Fires, and Bonnie and the Beard.  Since OpenAir launched on Oct. 31, 2011, more than 80 bands, most of which have Colorado ties, have visited CPR’s Performance Studio to record their music and talk with OpenAir hosts, making them a leader in promoting music from here in Colorado on broadcast radio.

Okay — Time for an experiment.  I got served notice recently that it would be nice if I linked each entry to a website where folks could check out the music … that’d be a bit more time consuming than I’d prefer, so here’s a link to a playlist I have up on Spotify that features a lot of this month’s Top 40 most spun titles.  You will need a Spotify account for this to work.

VIDEO PLAYLIST This month’s video playlist begins with a classic from Victoria Woodworth, recorded at Caribou Ranch in 1980.  It also includes a new video and song from Jeff Finlin, a new video from Chris Daniels, along with Flobots, The Yawpers, The Epilogues, Churchill, SHEL, Sofie Reed, a live performance video from Leftover Salmon, Achille Lauro, and Petals of Spain.

KDNK (Carbondale) HOT SPINS
Grant Farm – The Grant Farm
Leftover Salmon – Aquatic Hitchhiker
O’Brien Party of 7 – Reincarnation, The Songs of Roger Miller
The Haunted Windchimes – Out with the Crow
The Lumineers – The Lumineers 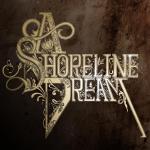 KVNF (Paonia)
1. The Haunted Windchimes – Out with the Crow
2. Grant Farm – The Grant Farm
2. The Swayback – Double Four Time
3. Andy Thorn – Fire In The Sky
3. The Lumineers – The Lumineers

Folk/folk-rock/singer-songwriter
1. The Haunted Windchimes – Out with the Crow
2. Danielle Ate The Sandwich – {like a king}
3. I’m With Her – Songs We Said Goodbye To
4. Chimney Choir – (ladder)
5. O’Brien Party of 7 – Reincarnation, The Songs of Roger Miller 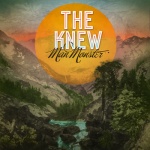